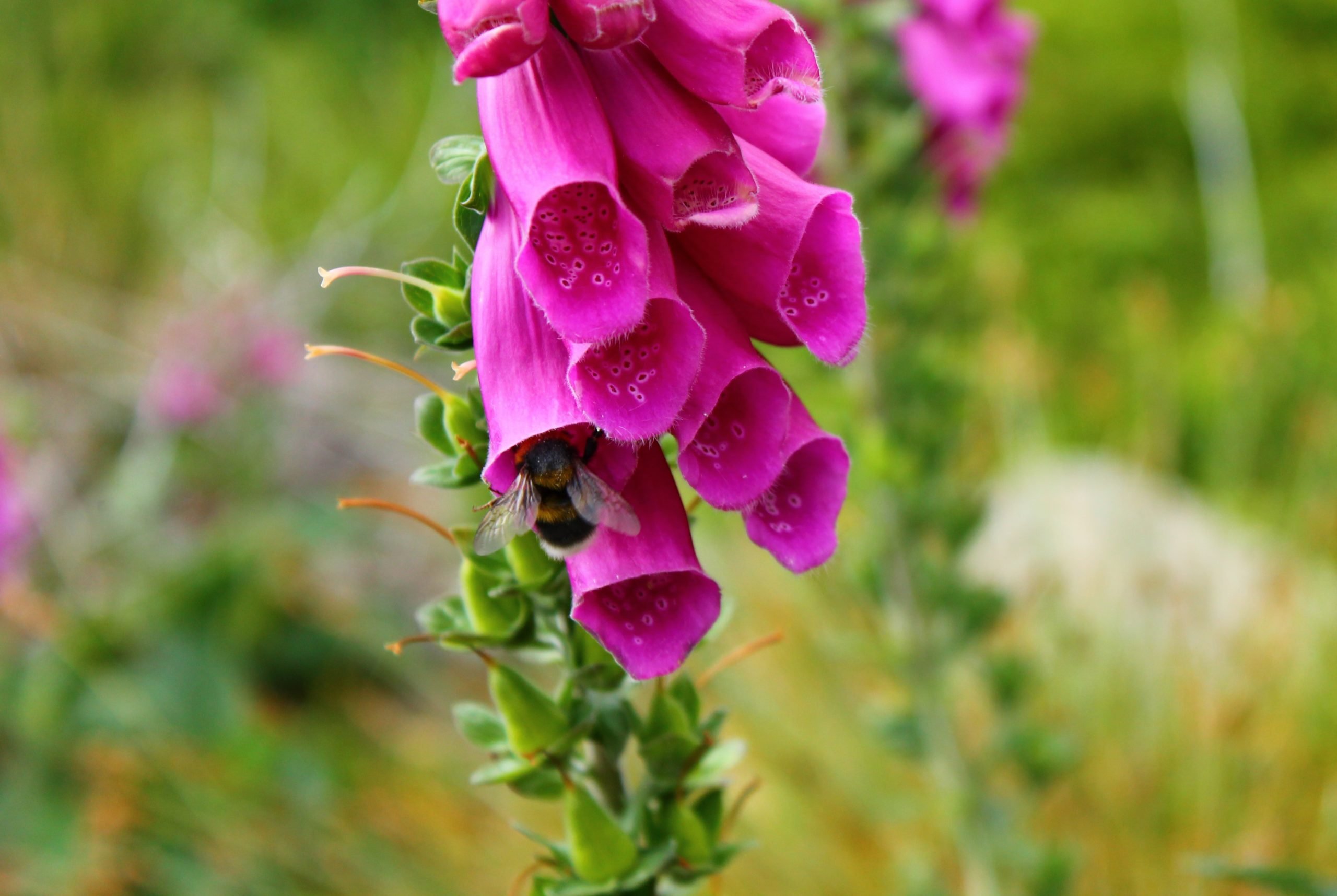 The Broken-belted bumblebee (Bombus Soroeensis) is found in very specific places in Northern Scotland, South Wales and Salisbury Plain. There is an abundant amount of them in these areas though, thankfully!

These guys normally forage in moorlands but have been seen to like grasslands (like those of Salisbury Plain) too. It makes a lot of sense since they collect pollen from legumes that harbour smaller flowers like Melilots, Devil’s-bit scabious and Bellflowers.

They create pretty small nests compared to other species, that only house around 100 workers or fewer. Commonly, Broken-belted bumblebees make use of mice or vole nests that have been abandoned their previous users.

All castes of this species sport a very intense yellow stripe on the front of their thorax and their white tail tends to have a beige hue. Some male individuals even have a peach colour on the first half of their tail instead.

Unfortunately, the ‘broken’ band on their abdominal stripe (hence the species’ English name) is not a great feature to use to distinguish them from other varieties of bumblebees. This is because the band on other species, like the White-tailed bumblebee (Bombus lucorum) can wear out over time and break.

If you get close enough, you will notice that the Broken-belted bumblebee has a yellow band that drips into the top of the abdomen. This gives an impression of two new moons facing each other. Seeing this will differentiate this species from the White-tailed bumblebee (Bombus lucorum) which sports a very clean cut rectangle.

All of the previously mentioned indicators are not constant throughout all individuals. So, in order to check the ID more specifically, you can take a look at the female mandibles or the genital capsule on the males to distinguish them from each other.