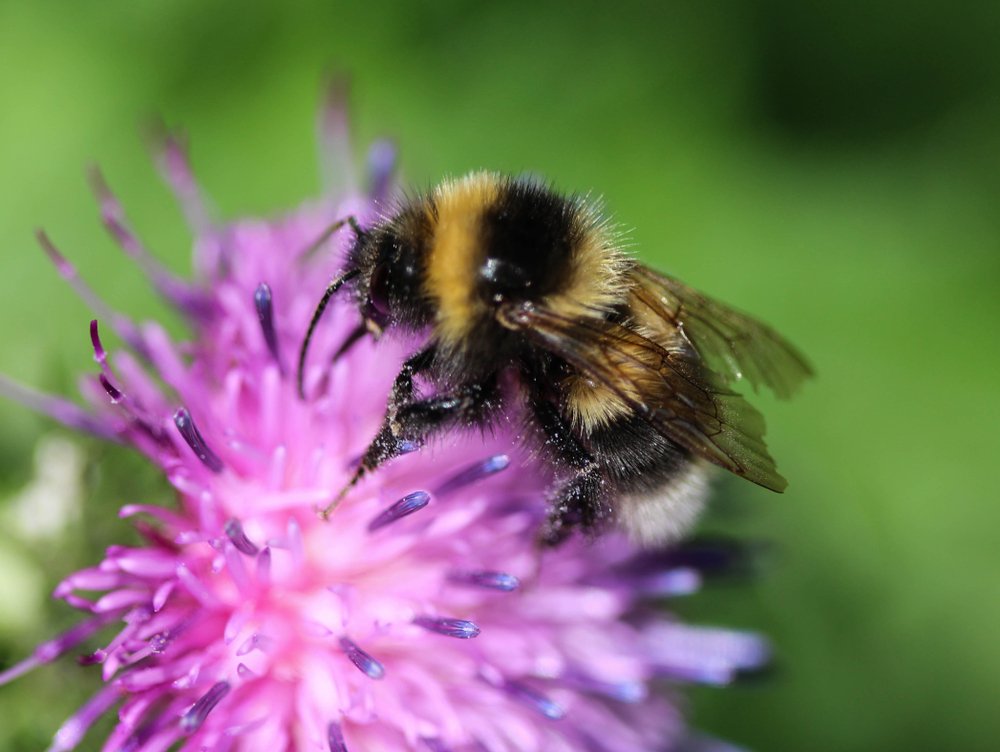 Despite the name of this species, they do not just stick to heathland. Commonly, the Heath bumblebee (Bombus jonellus) can be seen living in gardens and parks too.

They tend to make their nests in moss mounds, roof beams, piles of leaves, abandoned birds’ nests and underground burrows too. Usually, they will create much smaller nests than other types of bumblebees (housing less than 50 workers). So, be careful where you go exploring around their building time (typically around the beginning of spring).

When March comes around, the queens will come out of hibernation and begin their colony. Potentially, they will start another nest in the earlier summer months if they choose to.

Normally, the Heath bumblebee sports a white tail but, in the Western Isles and Shetland, variants with orange tails can be spotted. However, all of them, regardless of whether they are male, a worker or a queen, have a yellow and black striped thorax. Males specifically show a brilliant yellow colour on their face which makes them highly distinguishable from the other two castes.

A lot of bumblebee species are similar to each other, and the Heath variety is no exception. The Garden bumblebee and the rarer Ruderal bumblebee look almost the same as the Bombus Jonellus. But, you may be pleased to know that the other two species sport bigger faces and are overall larger so, if you catch sight of a smaller one, you have likely seen the Heath. Plus, this kind looks more unkempt than the other two, however, this is hard to notice unless you see the species together.

Like with the majority of bumblebees, the only completely sure-fire way to know what kinds you have seen, the male genital capsule will have to be checked.