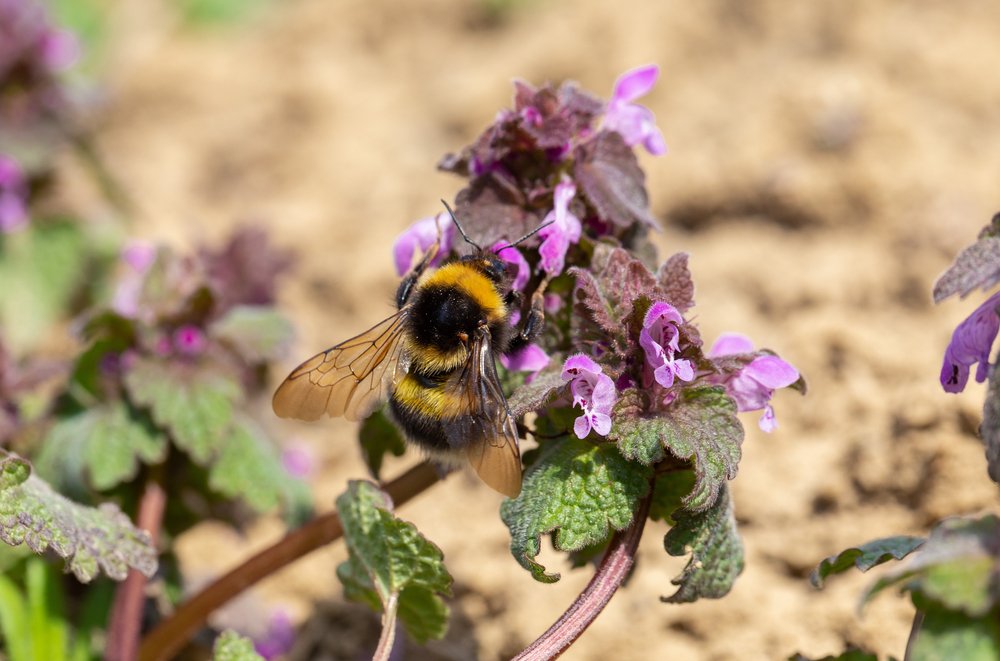 The Garden Bumblebee (Bombus Hortorum) is widely spread throughout the entirety of the United Kingdom. They tend to spend their time in people’s gardens (these guys live up to their name). They mostly visit foxgloves, Honeysuckle, Cowslips and Red Clover since they are the perfect shape and length for their tongue. Although, you will not see them until March as they wait for the spring season to start before emerging.

It is fairly difficult to distinguish the three castes (queens, males and workers) from each other in this species of bumblebee. They all have yellow and black thoraxes, a white tail and a yellow stripe around the bottom of their abdomen. Plus, they all have rather scruffy hair that does not grow evenly around them.

The Barbut’s cuckoo-bumblebee (Bombus barbutellus) and Heath bumblebee (Bombus jonellus) are similar to the Garden bumblebee species except the Cuckoo version do not contain pollen baskets. Possibly the most defining feature between the Garden variety, the Heath and Cuckoo types is the fact that they have longer faces than the others. However, to be completely sure, researchers can perform a test through the genitalia.

There is another species which is known as the Large garden bumblebee (Ruderal bumblebee, Bombus ruderatus). Unsurprisingly, it’s super similar to the Bombus Hortorum. The males are easier to differentiate since the Garden bee sports black hair in the mandible area. Whereas the Ruderal has ginger but, the females are much harder. The only reliable way to tell them apart is to measure their face; Ruderal bumblebees have far longer faces than their Garden cousins. While there are other ways to distinguish these two like the messiness of their hair and how far the abdominal band extends, the face is the most valid way.