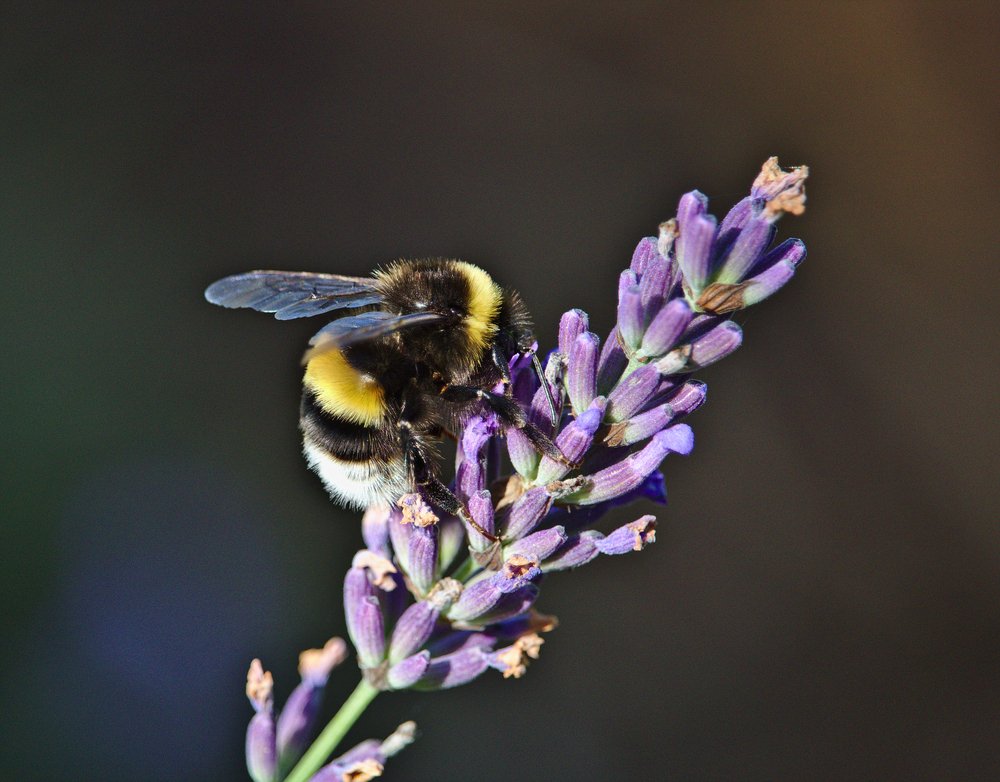 The Northern white-tailed bumblebee (Bombus magnus) sticks to its namesake by largely staying in the northern areas of the United Kingdom (although they can be found in the west, they are most abundant in the north).

The queens of the Northern white-tailed (Bombus magnus) show a bright yellow collar that can be seen stretching down the sides of the thorax. They sport the same colour on their abdomen stripe too, contrasting with the pure white tail.

You will notice that the workers look the same, except they are significantly smaller. The queen caste stands at 17mm while the workers are only 12mm.

On the other hand, males are depicted by the yellow hairs on their head and much wider yellow collar.

Reports on sightings have concluded that only the White-tailed bumblebee are found in the southern parts of the United Kingdom, however, because all three species are incredibly difficult to tell apart, this could be false.

The queens are the easiest to distinguish. Those of the Northern white-tailed kind Bombus Magnus has the yellow collar stretching noticeably further down the thorax than their similar White-tailed (Bombus lucorum) cousins. The Cryptic bumblebee’s (Bombus cryptarum) queens display the trademark black “s” on their collar. Unfortunately, the validity of this theory has been largely questioned.

Other than the potentially unreliable queen distinctions between the species, you would have to check the DNA of specimens to know completely.