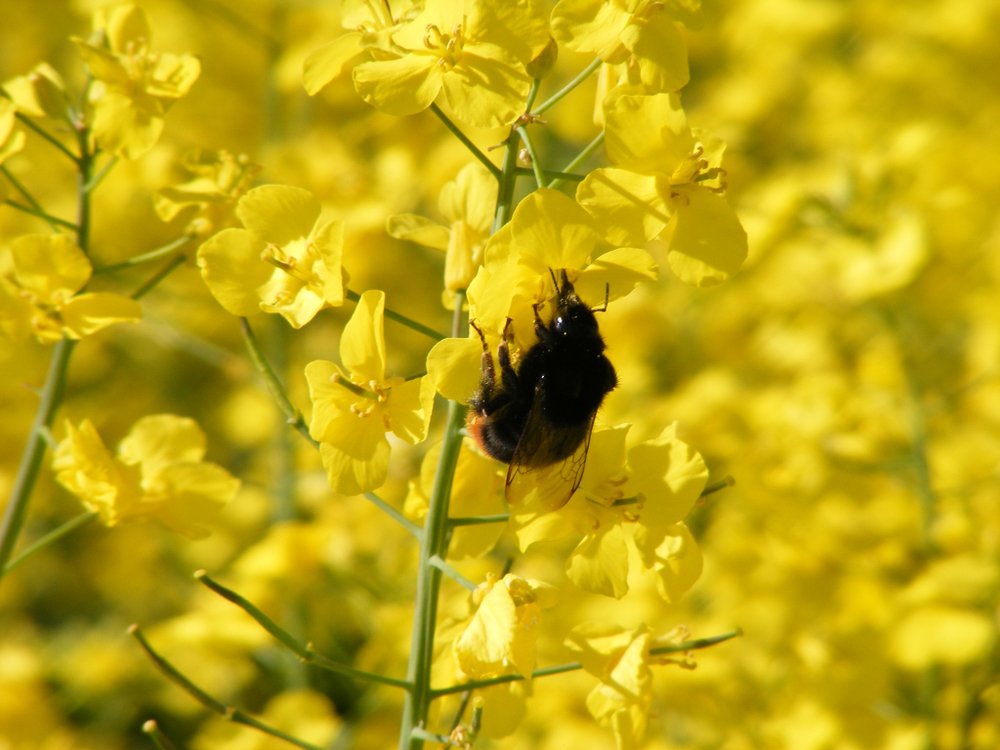 The Red-Tailed Cuckoo Bumblebee (Bombus Rupestris) species are pretty widespread throughout the United Kingdom, however, you will not see many of them in the south. Fortunately, they have been growing in popularity in recent years and migrating up north.

They do not collect pollen, so consequently have zero pollen baskets — this is no different to the rest of the cuckoo species.

You can find them in any habitats that contain a lot of flowers such as hedgerows and meadows. However, some people have found them in their gardens (it just depends on how many floral aspects are growing).

The queens of the Red-tailed cuckoo bumblebee come out after their hosts (the Red-tailed bumblebee (Bombus lapidarius)) in Spring. Why? This is so they can infiltrate their nests and take it over. Because of this, they are known as parasitic bumblebees and so, they do not breed any workers.

The females of the Bombus Rupestris are not very hairy (unlike your typical bumblebee) and consist of extremely dark wings. The wings are the main distinguishing feature between them and other species. You will notice that these guys have a vivid red tail too which is quite uncommon amongst bees.

The males of this Cuckoo Bumblebee species, on the other hand, have much lighter wings but lack yellow facial hair. Plus, their yellow bands are boarding on grey instead of the bright yellow or dusky yellow. For those who are interested, the only way to check their ID properly is to take a look at their genital capsule.