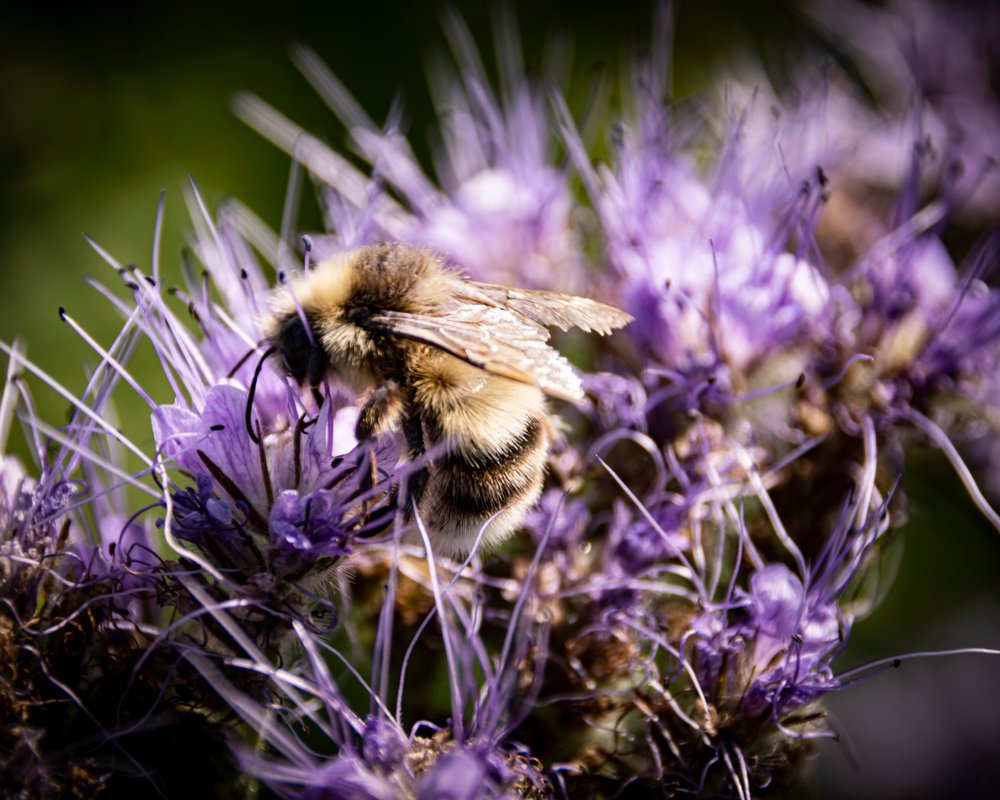 As you may imagine, they used to buzz around a plethora of parts of England, Southern Scotland and Wales. After their rapid decline throughout the twentieth century, they are very much localised to several places like the Thames Gateway. Bear in mind that, regardless, you won’t see them before April anyway!

They are mostly associated with complicated flowers that are members of the Lamiaceae and Fabacaea families. Preferring to nest in patches of thick vegetation and sometimes old mice burrows, it is no wonder they value the areas where these flowers are particularly abundant.

If you are ever lucky enough to spy one of these bumblebees, you will notice that they are a lot smaller and appear greyer than other carders. The workers (9mm long), males (11mm long) and queens (13mm long) display a darker patch between their wings and one or two dark stripes around their abdomen. All of the castes’ tails are either orange or buff toned but, if they have a lot of white hairs around it, then expect it to seem dull.

The males tend to display a banding pattern that is akin to the one found on Red-shanked carder bumblebees (Bombus ruderarius) species. However, on the latter variety, the stripes tend to be a much darker yellow and seem to blend in with the blackness. Not to mention that the Red-shanked carder’s tail is a vivid red when compared to the dull orange that the Shrill carder bumblebee (Bombus sylvarum) showcases.

As with the majority of Bombus species, you can use the males’ genital capsules to find out the precise identity of the specimens.