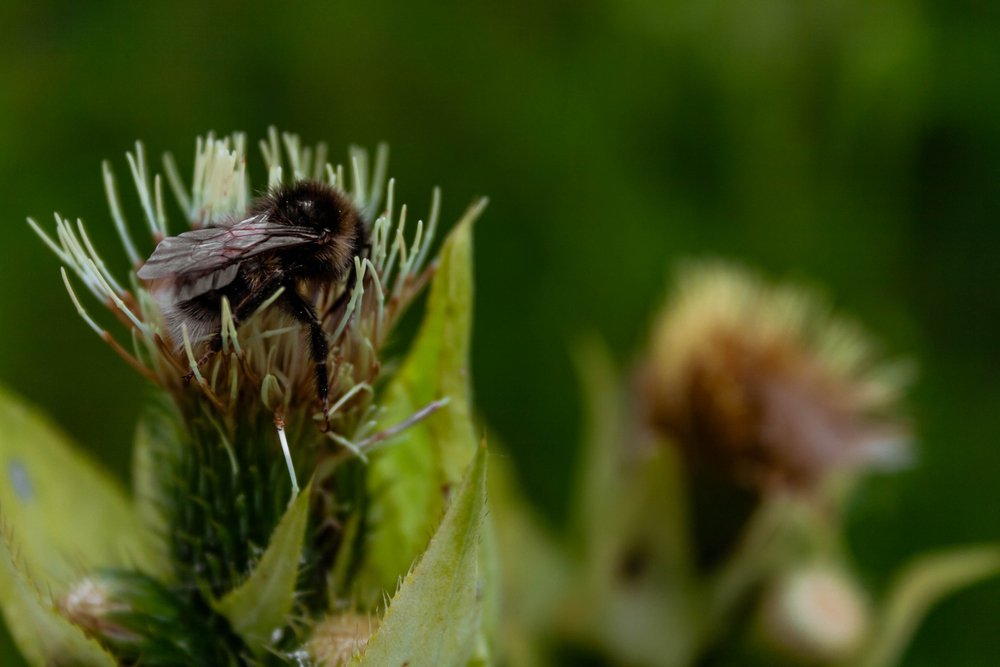 This variety of bumblebee is the United Kingdoms’ own, native species. At one point, it was abundant all along the south of England. However, the population began to deplete after the 1950s and, once the 2000s rolled around, the Short-haired bumblebee (Bombus subterraneus) was pronounced extinct.

The decline of short-haired bumblebees (Bombus subterraneus) was caused by the loss of wildflower meadows after World War II, as farmers intensified agriculture to provide food for the increasing population.

Between 1885 and 1906 the short-haired bumblebee was introduced to New Zealand from the United Kingdom, for pollination of red clover. The species is the rarest of four found in New Zealand, with small populations located in a few inland areas of the South Island.

A reintroduction project, which ran from 2009 to 2022, worked to bring this lost species back to the UK. To do so, they tried captive rearing and exporting queens back from New Zealand.

However, the project failed to begin with because many of the queens died during hibernation. The DNA analysis of the New Zealand bees showed that they lacked genetic diversity. In 2012, another attempt was made and this time the short-haired bumblebee was reintroduced using queens from Skåne province of southern Sweden. By 2013, five kilometres from the reintroduction site, workers were found to have been successful in nesting.

The project continued collecting the Bombus Subterraneus queens from Skåne for another three years. Around 50 queens were released at the RSPB’s Dungeness reserve in Kent. Starting in 2009 the project aimed to raise awareness to the public about maintaining these areas and ensuring bumblebees of all kinds can thrive.

Reports from this program have said that it is not only the Bombus Subterraneus that has seen a rise in abundance due to their efforts. Other rare bumblebees have been spotted buzzing around more frequently in the project areas. Including the shrill carder bee, which hadn’t been seen in Dungeness for 25 years.

When they are finally reestablished significantly enough, they tend to nest underground. Usually, they infiltrate burrows made by small mammals and utilise them for their medium-sized colony. What do we mean by medium-sized? Well, the Short-haired bumblebee will never have colonies that exceed 100 workers.

The queens display short hair, hence the English name – Short-haired bumblebee. They boast a dull yellow collar and a thinner wisp of the same shade on the thorax to abdomen join. Further down, you will notice a paler toned strip halfway along the abdomen, with a white tail (a dirtier hue than those seen on the White-tail bumblebee (Bombus lucorum) and similar species) to finish it off. Both the workers and males sport the same characteristics but typically, they have longer hair.

It is worth mentioning that the ones coming over from abroad are darker than the bumblebees who were born and bred in the United Kingdom.