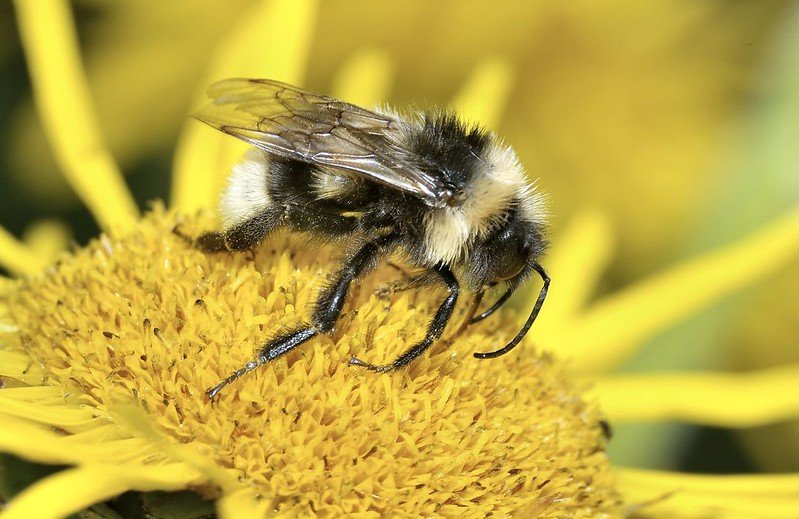 The Barbuts cuckoo bumblebee (Bombus barbutellus) can be found across the entirety of the United Kingdom, although, you will only find it around the north coast and more so in the south. Unfortunately, they are recognised as a declining species in some areas of England and are incredibly rare in Scotland, Ireland and Wales.

You will find them in a wide array of habitats and feasting on a plethora of different flowers as they don’t display a preference. Although, you definitely will not see them anywhere until after the middle of April.

The females of the Barbuts cuckoo is around 16mm long and has a darker yellow collar, white tail and dark yellow hair on the join of the thorax and the abdomen. However, individually they can differ, sometimes they will have absolutely no yellow abdomen hairs at all. Plus, their wings are a dusky colour, not transparent like other species.

In contrast, the males of the Bombus Barbutellus are much smaller than their female counterparts at approximately 13mm in length. Not to mention that they are more obviously yellow at the thorax and abdomen meeting point than the others.

Like the other cuckoo bumblebees, they do not have pollen baskets as they never collect pollen to nurture their young, nor are there any worker castes in these species.