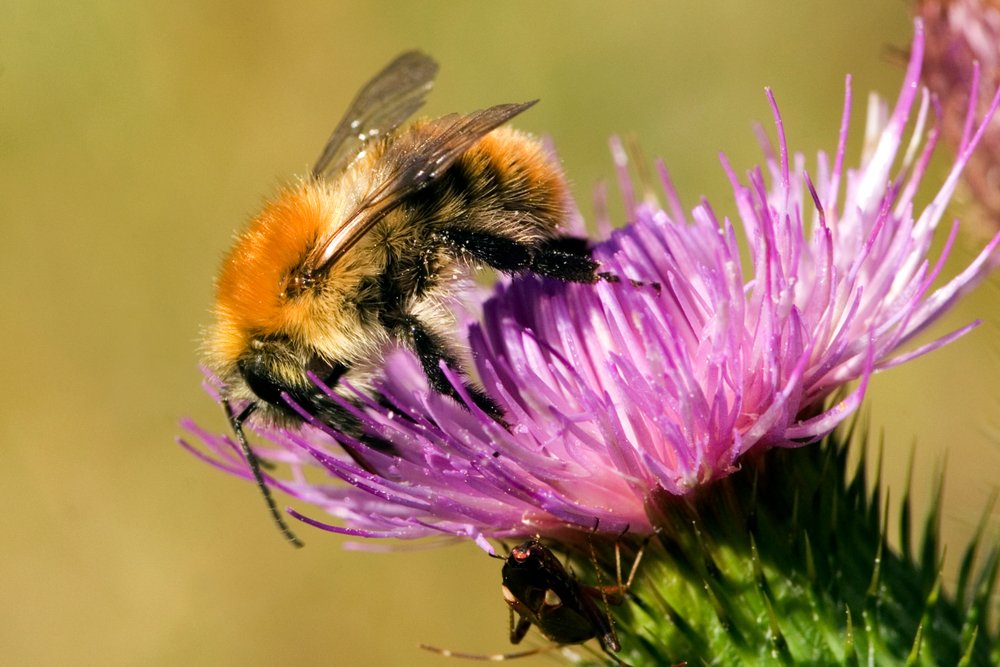 The Common Carder Bumblebee (Bombus pascuorum) is the only one of the three ginger bumblebees to be named a member of the ‘Big 7’ widespread and plentiful species found all across the UK.

The males, queens and workers of the Common Carder bumblebee look extremely similar (no clearly depicted tail and ginger all over). However, the females tend to have white to creamy thorax sides while males have yellow, clearly defined facial hair.

There are only three species that are all-ginger, namely the Bombus Pascuorum, Moss carder (Bombus muscorum) and Brown-banded carder (Bombus humilis). Of course, this means they can be easily distinguished from the other types of UK bumblebees. However, setting them apart from each other is much more difficult.

Over the entirety of the UK, the Common Carder is the most widely spread and usually sighted. But, with that being said, around northern Scotland, you can catch glimpses of the Moss Carder bumblebee and, around the south, you may be lucky enough to see the Brown-Banded Carder bumblebee.

Usually, you will find these Common Carder bumblebees (Bombus pascuorum) between June and October in grassy lands and gardens throughout the United Kingdom. Be careful though, as they create their nests above ground in tangles of weeds, directly beneath the surface soil, grass mounds and old rodent runs. Make sure to watch your step when traipsing around at this time of year!