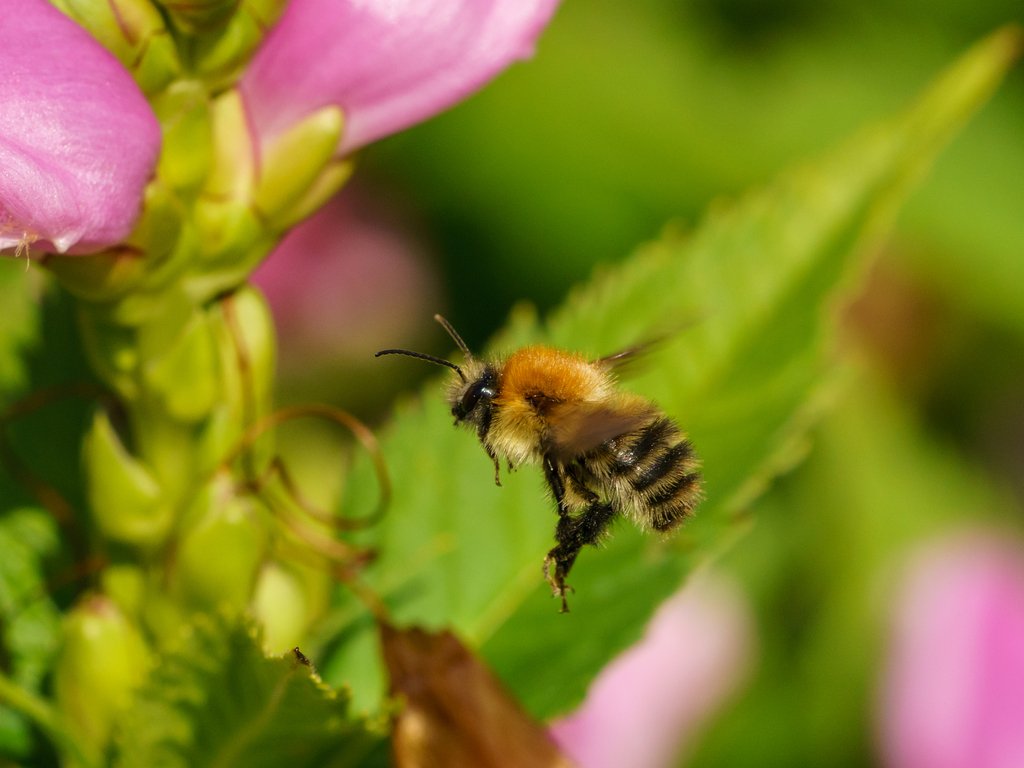 Although this Moss Carder Bumblebee (Bombus Muscorum) all-ginger species is rare, it is widespread throughout the United Kingdom, but, it shows itself more commonly around coastal regions in the south, north and west.

It displays a huge love for Clover, Red Bartsia and Knapweed over any other type of flower and so can be more easily spotted in open grassland areas where these plant species are abundant. Consequently, they tend to nest in these zones too and snuggle their colony (housing between 40 to 120 workers) into a patch of thick vegetation with a bit of moss to go over the top (hence the English name).

Each of the three castes (workers, males and queens) display a bright ginger thorax and lighter ginger (sometimes even a cream tone) on their abdomen. Those who have recently emergently will have a yellow tint to their abdomen colour. You will notice that their hair is reminiscent of velvet since it is so short and tightly compacted.

To determine the males from the workers and queens, you should take a look at their face. If they are male, they will have white hairs here.

Due to the above, the three of them are easy to separate from the other UK species of bumblebees. However, the Great yellow bumblebee (Bombus distinguendus) and Field cuckoo bumblebee (Bombus campestris) can be a single colour all over but, since these are yellow, it is uncomplicated to distinguish them.

It may come as no surprise then that the ginger types are much harder to tell apart from each other. The darker abdominal band is not even a tell-tale sign for marking out the species! Of course, males can be identified by their genital capsules.