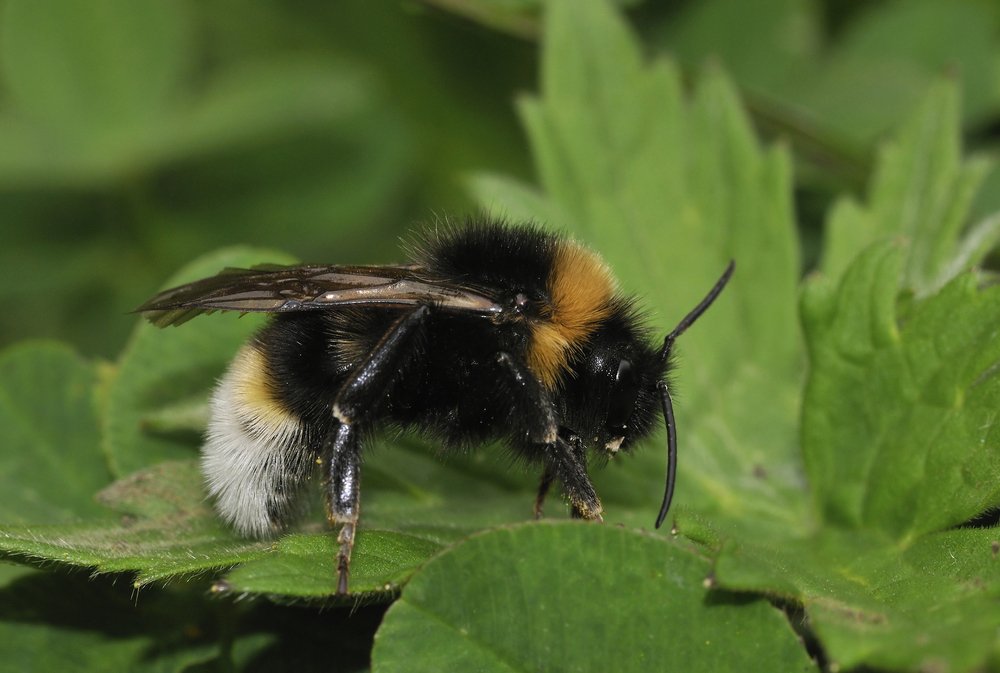 The Southern Cuckoo Bumblebee (Bombus Vestalis) is abundant in many areas of Wales and England. However, they are spreading across to Scotland and Ireland (the first sighting here was in 2014, so really recently!).

As you may know, if you are familiar with the cuckoo complex of bumblebees, they never pick up pollen for their babies. Consequently, you will never see pollen baskets on these guys — nor a worker caste for that matter.

When the queens first come out after hibernation, they display a ginger collar, but this quickly turns into a yellow one. Aside from this, they sport a white tail, a fully black body and dark wings. Also, they do tend to have yellow marks either side of their tail.

The same markings can be seen on the males however their hair is much shorter and incredibly neat. Plus, sometimes they will show a yellow stripe where the thorax meets the abdomen.

If you think you have spotted an individual from this species, ensure it isn’t the Gypsy cuckoo bumblebee (Bombus bohemicus) first since they look quite similar. To separate them, you can first check the size of the yellow patches on their sides — the smaller ones belong to the Gypsy cuckoo. This is not very accurate though unless you are examining two that are within the same vicinity.

As always, you can inspect the genital capsule on the males to define whether it is a Southern cuckoo bumblebee (Bombus vestalis) or a Gypsy (Bombus bohemicus) individual. Where the females are concerned, you can have a gander at their pitting to define the two species.