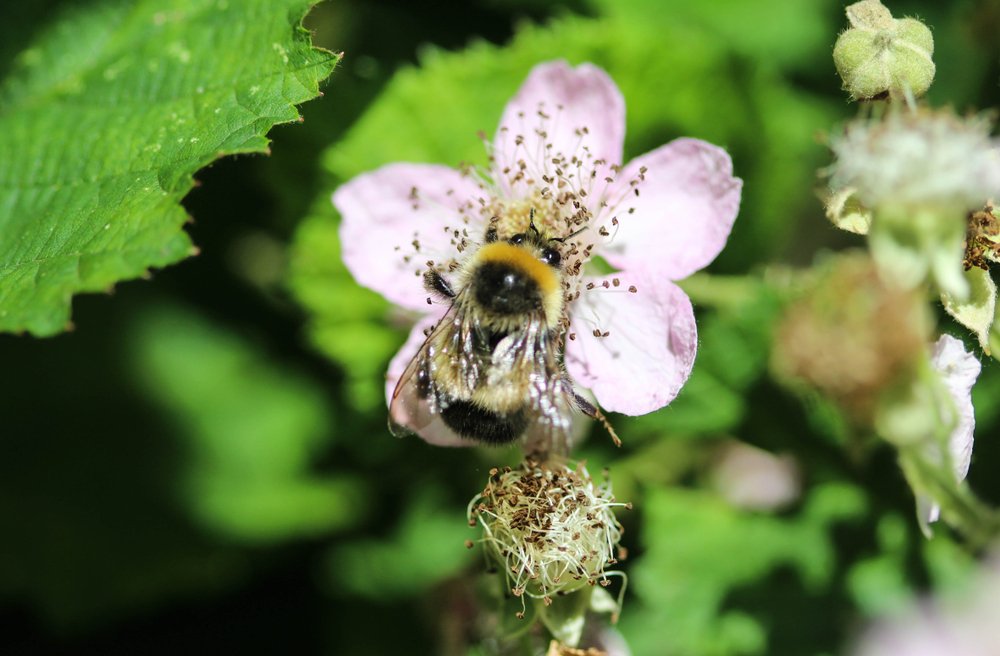 The Bombus Bohemicus, also known as the Gypsy Cuckoo Bumblebee, is a fairly common species in the north of the United Kingdom. Nowadays, their population is decreasing in England and Wales but there are still many buzzing around Ireland (particularly in the east) and the most northern parts of Scotland.

As is usual for the cuckoo complex, they do not display pollen baskets since they never collect any pollen for their young. Not to mention the fact that there is no worker caste (again, a normal trait for the cuckoo bumblebee species).

The females of the Bombus Bohemicus display a wide yellow collar and extremely faint yellow hairs on the abdomen to the thorax meeting place. They sport a white tail that sits neatly under the thin yellow patches.

Similarly, the males’ markings are pretty much the same except they tend to have more obvious yellow hairs on their thorax. As always, the males are smaller than the females but, surprisingly, the Gypsy cuckoo bumblebee males are fluffier!