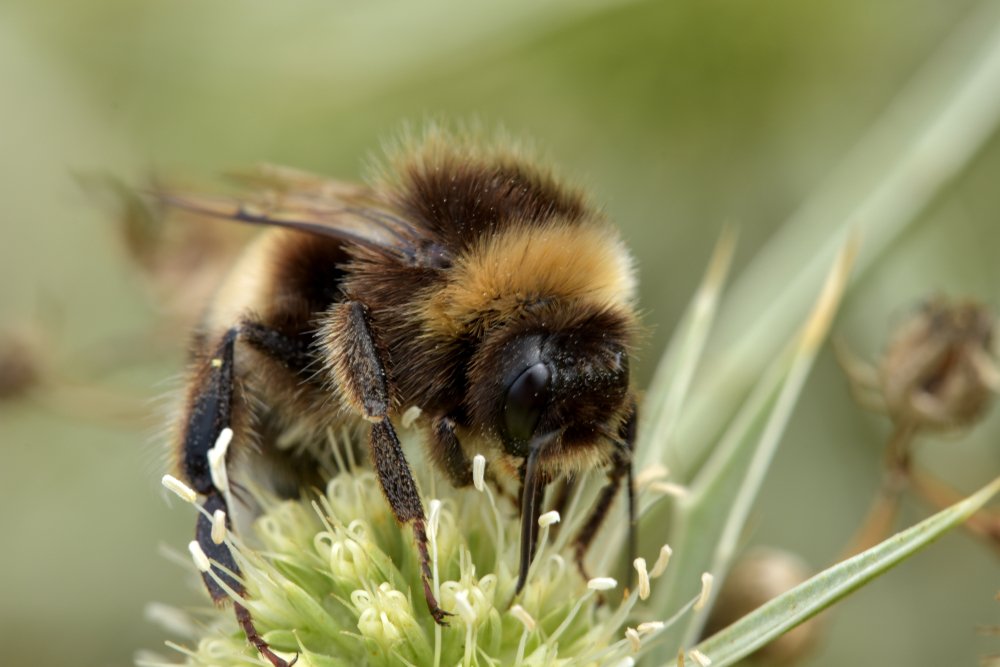 This species of bumblebee is usually common across the different kinds of cuckoo bumblebees that inhabit the UK. However, you will rarely find the Forest Cuckoo Bumblebee (Bombus Sylvestris) in Ireland.

They prefer woodland areas to live and forage in but there have been reported sightings of them in people’s gardens throughout the United Kingdom.

These bumblebees do not collect pollen for their young but this is the same for all of the cuckoo bumblebee species. So, it may come as no surprise that they harbour no pollen baskets nor a worker caste.

The female Forest cuckoo bumblebee has a wide yellow collar, followed by a thinner yellow stripe around the base of their abdomen and is 15mm long. Their tail is white with some black hairs on the very end of it. It is easy to distinguish them due to their unique shape — it rounds under them instead of showcasing a smoother shape like other bumblebees.

On the other hand, the male Bombus Sylvestris usually have orange hairs at the tip of their tail, rather than black. However, this can depend on the individual as some have yellow ones or are fully black. Sometimes, they will display another yellow band at the back of the thorax, or nearer to the start of the abdomen.

The Field cuckoo (Bombus campestris) is also extremely similar-looking but, thankfully, the male’s orange tail of the Forest cuckoo bumblebee is the feature that divides them.