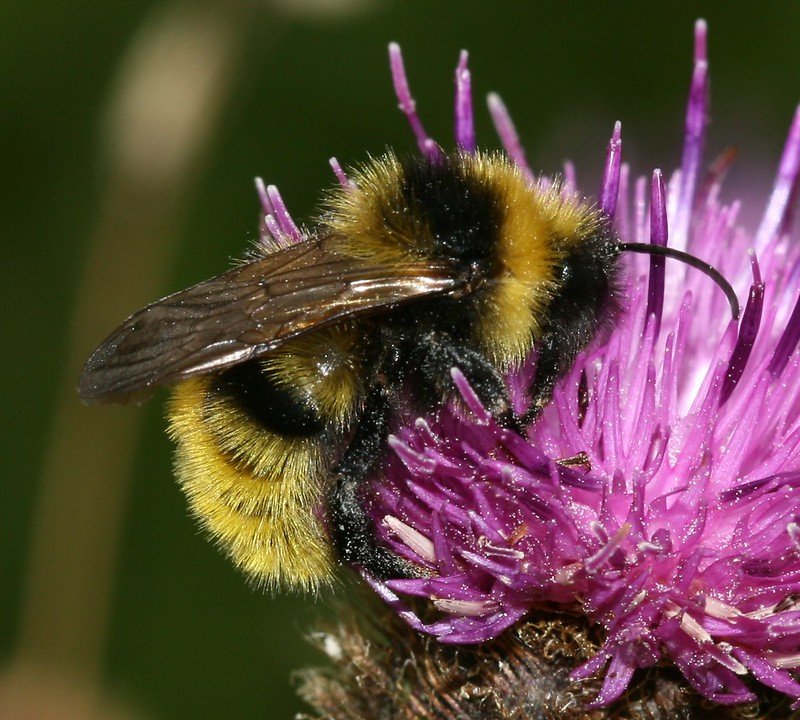 The Field cuckoo bumblebee (Bombus campestris) can be seen around the entirety of the United Kingdom. Unfortunately, they are said to be declining and are extremely hard to spot in Scotland and Ireland.

Although they show no habitat preference, they are usually seen in hedgerows, meadows and people’s floral gardens, feeding on a variety of flowers. The queens will come out in April or May at the latest however you will not spy the males or new queens until July or August.

The females of this species display a dark yellow collar and splashes of yellow hairs on their thorax and abdomen join. You will notice that on the actual abdomen, there is very little hair so you can see their shiny body. Their tail is a distinct one with short black fur in the middle and patches of buff-coloured hair on either side.

The males are almost exact replicas of the females but they can vary from dark to pale. Also, they showcase black facial hair and a tuft of the same on their tail tip.

The Forest cuckoo can look similar to the males of this species. However, they display orange hairs on the end of the tail rather than the black of the Field cuckoo bumblebee (Bombus campestris). You do have to get pretty close to see this though, so spying them in the field can be tough.